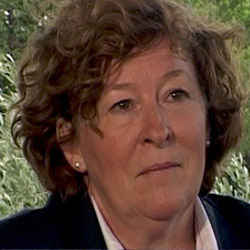 Louise Arbour
ICTY Chief prosecutor (1996-1999)
Louise Arbour (10 February 1947 - ) completed an LL.L (with distinction) in the Faculty of Law, University of Montreal in 1970, further pursuing an academic career which culminated in the positions of Associate Professor and Associate Dean at the Osgood Hall Law School of York University in Toronto, Canada, in 1987. In December of 1987, she was appointed to the Supreme Court of Ontario (High Court of Justice) and in 1990 to the Court of Appeal for Ontario.

In 1996, the UN Security Council appointed her Prosecutor for the International Criminal Tribunals for the former Yugoslavia and for Rwanda. After three years as Prosecutor, she resigned to take up an appointment to the Supreme Court of Canada.

From 1 July 2004 to 30 June 2008, she was UN High Commissioner for Human Rights. Ms. Arbour has received honorary doctorates from 27 Universities and numerous medals and awards. She has published extensively, in both English and French, on criminal law and other topics and given innumerable addresses on both national and international criminal law.