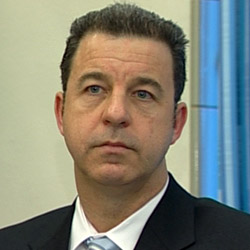 Prior to his international appointments, he served as Deputy Prosecutor, then Chief Deputy Prosecutor at the Court of First Instance in Eupen (Belgium) from 1989 to 1997, before becoming Deputy to the Prosecutor-General at the Liège Court of Appeal. Mr. Brammertz was first a national magistrate then the head of the Federal Prosecution of the Kingdom of Belgium.